Paula Quillin traveled to Lisse Holland with her brother’s family and her mother In September to participate in a ceremony for a B-17 bomber crew shot down over Holland in World War II. Paula’s father, John Paul Quillin (known as Paul), was co-pilot of the airplane. Paul landed in a lake and was rescued by local citizens. The German occupying forces were aware of the landing and soon captured him. Paul spent the remainder of the war in Stalag Luft I near Barth, Germany.

One of the crew members was killed when the plane was hit, one drowned, three, including Paul, were captured, four were hidden by the Dutch Resistance and citizens of Lisse – at the risk of their own lives – until the war was over. The ceremony and monument were planned by the people of Lisse who wanted to honor the crew for helping liberate their country from Nazi occupation.

The two-day celebration in Lisse commemorated Paul Quillin and the flight crew’s sacrifices. A monument was unveiled in a ceremony which included the U.S. Ambassador to Holland. In total, 18 family members and friends of the crew traveled from America to take part in the ceremony. Of those 18, Paula’s mother, Jo Quillin, was the only surviving spouse of a crewman. There are now no surviving crewmen. Paul Quillin passed away in 1974 from leukemia.

Included in the celebration was a dinner, parade of World War II Army vehicles, and a flyover by World War II airplanes. The program included a 50-piece band that played the Dutch and American National anthems as both flags were raised over the monument. 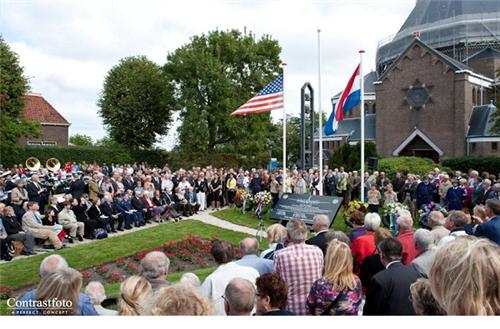 A large crowd was gathered for the ceremony. 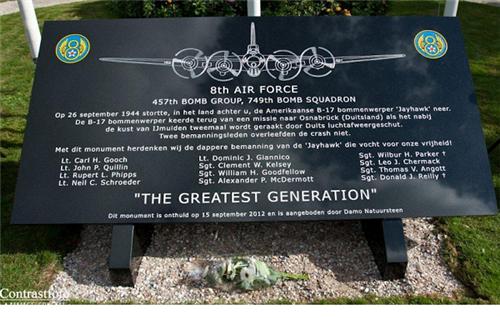 The monument in Lisse, Holland 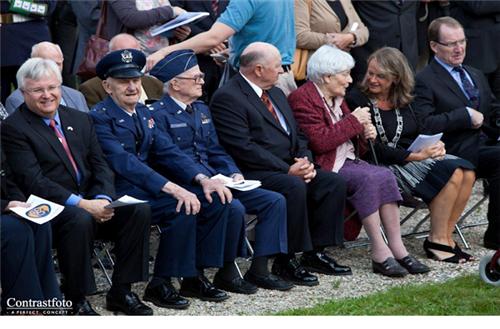 Honors Guard members of the U.S. Air Force 457th Bomb Group with a member of the Dutch Resistance 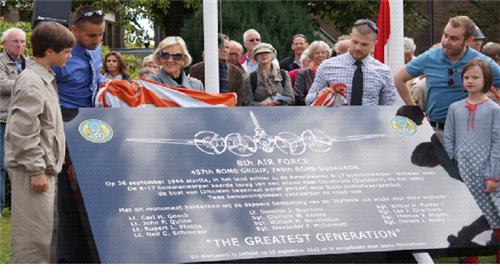 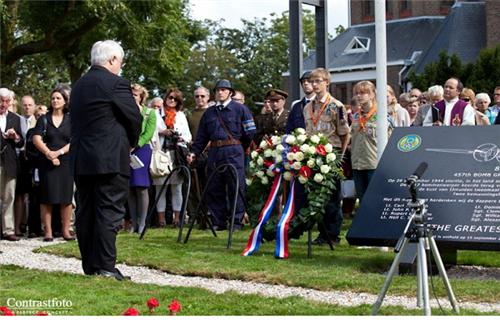 American Ambassador addressing the crowd at the unveiling of the monument 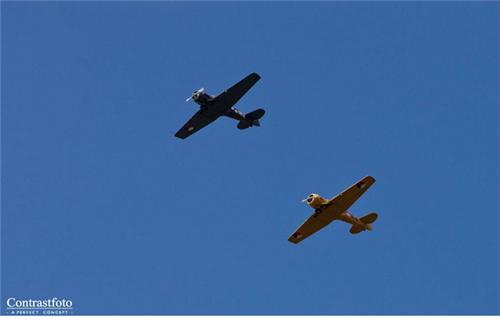 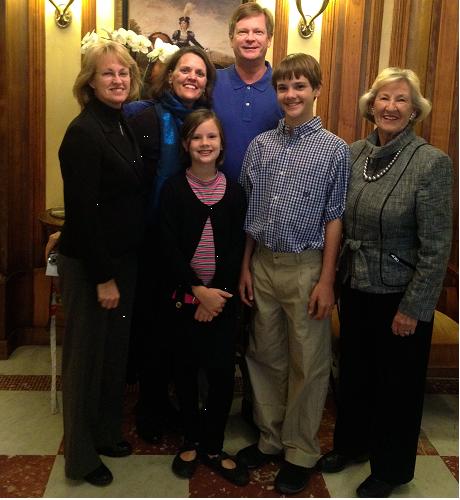